How to Deal with a Prospect’s Objection 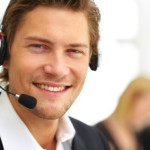 Salespeople who really love selling see objections as a fun challenge instead of a burden. Instead of seeing the objections in a bad light, consider that the prospect you should be more worried about is the one who doesn’t share or state any objections.

Important sales tip: Unless the prospect buys immediately, there is some sort of objection – be it big or small. When the prospect doesn’t share any objections, take it as a clue that they may not have fully listened to you. If you are in a more complex sale or one that requires more thought, no objections can be a clue you are going to experience stalls and indecision. If you are in a simpler sale such a retail environment where you walk up and approach the prospect and they don’t have any objections, it might be because they never seriously considered the offer in the first place or are not a qualified prospect (don’t have the need, money or authority to buy).

If you do happen to notice that a prospect isn’t listening to you much anymore, maybe even tuned you out, you can utilize a bold and more advanced sales technique. Stop what you’re saying and ask why they have decided not to buy. This is disarming and the reality is, if they aren’t listening, they aren’t buying. This shifts their mindset back to the present with you and creates the opening for an honest and direct conversation. This should ease the prospect into telling you the real objection (or objections) on their mind. As mentioned, this is a bit more advanced and you need to be aware of distractions, time and other elements that may be preventing them from focusing on you now which is different than them being disinterested in the product or service.

In order to answer the objections they now share, you need to know several things:

Sales Training: Answering the Objection or is it a Lost Cause in Washington DC?

Objections that are not stated can be a hard situation. The prospect has in their mind a reason they don’t want to buy at the moment, but won’t express it to you for one reason or another.

Some objections are harder to deal with than others. One of the hardest is a prejudiced objection, which is one that is not based on reasonable grounds. Many prospects have prejudices, or are predisposed to a certain belief. They impact what the prospects see or hear and objections come from them. Since they are usually unreasonably-based, they are harder to deal with. Even if the prospect’s view is “wrong”, it’s easier for them to continue believing that than learn the facts.

In order to handle prejudices, there are various rules to follow.

Objections are not the easiest part of the sales process, but they can be overcome. Understanding your prospect and their beliefs is imperative to being able to move past this step and get on with closing the sale.

Mark Anthony has been presenting sales training and customer service workshops throughout the world for 30 years. For more tips or information on training and one-on-one coaching, contact him at 877-464-5215.